How many of you use short forms or spell the words as per your convenience and comfort while texting a friend or anyone or on social media for that matter? Like, wanna, gonna, frn, blv (believe), rcv (receive) and there are many more such examples.

Few of them are actually slangs and are used in American English in informal conversation in spoken English. Such words have no place in formal and written English. While there are other short forms created by us as per our convenience which has no meaning at all. We have become too lazy to type the full word with it’s actual spelling. This trend has become so popular that we all even understand each other’s short forms very easily.

Infact, I am also guilty of using these short forms. Slangs are still fine but other short forms created by us is really pathetic and it talks a lot about the person using them.

Why people use Slangs & Short forms

💡It has become a trend, hence everyone uses them blindly.

💡People are actually poor in spellings, hence use the short forms.

💡Many years back, when sms was chargeable, people tried to send a sms in the smallest form possible to save money.

💡Laziness to type the complete word.

Negative Impact of such short forms

💡We tend to get confuse and forget actual and correct spelling of basic words at times.

💡We are deteriorating in terms of grammar, correct spoken and written English.

💡Out of habit, we use such self made spellings and slangs in formal comunication at times leaving a poor impression.

💡The interpretation of the message goes wrong at times.

I was shocked the day I realised that I was forgetting the spelling of basic words. I have stopped using such short forms since then. I write complete words and sentences and trust me it gives a different feeling and will not consume your much time.

Try it. It’s a good practise.👍

How many of you like CHANGE or you even look forward to that? Any kind of change, at workplace, in your relationships, at home, in daily routine or any thing that you may think of. Well, not many, I am sure. Am I right? I think, that’s quite normal because we get accustomed to our daily routines, we get comfortable with our old friends, family members and relatives and we become a pro in performing the old jobs at work every day. We get so used to, to the existing pattern of life, that we dislike any change for which we might have to make different kind of efforts and for some changes, we might have to come out of our comfort zone as well. When I say existing pattern of life, it means, we are doing nothing new, we are following the same course each and every day and most importantly, we are in our comfort zones. Well, I don’t know about others, but any kind of change, definitely gives me a kick. I am NOT saying that I LIKE changes, but somehow I always look forward to change. It can be any kind of change. The weird part is this, even if I know that the upcoming change would be unfavourable to me or might be difficult to cope up with, still it kind of gives me an excitement. I don’t know if this is normal or people may find my personality a bit strange.

What I have analysed about my personality based on the above is :

Do you find me strange or can you relate with me if you have similar personality traits like mine? 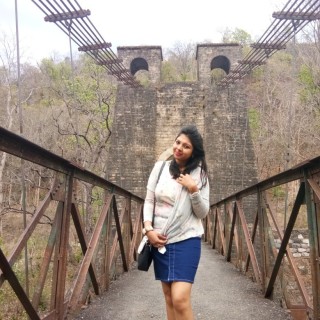